From the looks of this page, all has been silent in the Birthday Boys camp - but blogs can be deceiving. I'll fill you in, but first let's get to the business at hand - Birthday Boys will play their first show since the summer, next Friday (January 18) at The Red Dog in Peterborough, ON. We've been getting together to shine our boots and mend our leather jackets, trading coiffing techniques and debating our desired decibal level (will we be fucking loud, or REALLY fucking loud?). Oh, and we've been making a great deal of noise on the side - because if you can't back it up, all the leather in the world won't save your sorry ass.

We're thrilled to have our good friends in THE SHOTGUN WEDDING BAND and BROTHER HOWLIN' on the bill - both great purveyors of rockandroll. Come early, Stay late. Let your 'friends' know you're going via the obligatory Facebook page - here.

Now, as for that update on our whereabouts... we have all been busy making music - Jordan has been to Nashville so many times he can drive there with his eyes closed (so if you're on I-65 and you see a blue Toyota coming at you - get your ass in the ditch - he only brakes for sodas and smokes, and you are neither), and Graeme is hours away from completing a solo-record which should see a release in 2013. Our trusty engine, Matt and Jeremy, have been rhythmetizing everything we throw at them, and both working on projects on the side (Matt is part of the first act of the night - BROTHER HOWLIN' - do yourself a solid and get down for that). All the while we've been keeping the BIRTHDAY BOYS train oiled and ready for a night such as this. See, we have been busy.

Now, I'm not one to start rumours, but I'll give it a shot: in the midst of all this action, there are whispers of a release from BIRTHDAY BOYS in 2013... don't tell anyone - that would be gossip.

SEE YOU ON FRIDAY
XO / BB 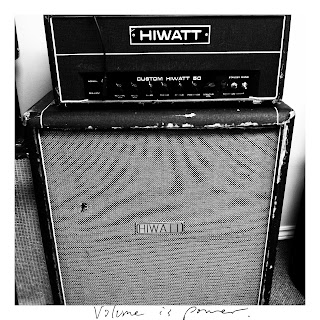 BIRTHDAY BOYS  are very excited to be a part of RIKERS album release show at THE HORSESHOE TAVERN (Toronto) on APRIL 17.
The show is FREE - so you should be there. I mean, you should be there regardless, but knowing that it's free, you really have no reason not to come celebrate the release of RIKERS debut album and get a little B-Boys action on the side.

check out the lyric-video for their first single, "I'm On The Radio" as well as all other Riker-related things at www.rikersmusic.com 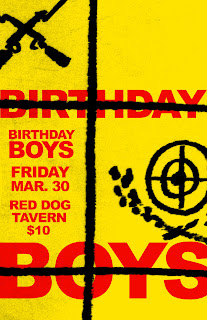 This Friday, January 20th, Birthday Boys will be at Fanshawe's Outback Shack in London, ON. This show comes one day after Graeme's birthday, so C'mon down and buy the birthday boy a drink, will ya?

Saturday sees the Boys in Collingwood, ON at The Casbah. Always goodtimes at The Casbah, so get off the ski hill for a couple hours and come warm up with some rock'and'roll.

SATURDAY JAN 21
Birthday Boys
The Casbah
Collingwood, ON
Posted by bb at 11:57 No comments:

We had such a good time in Hamilton on Wednesday, we decided to do it again.

Tonight at THE CASBAH in Hamilton, ON, BIRTHDAY BOYS will reunite with Detroit's ELECTRIC SIX. It's a gift you can't fit under a tree, so come down to THE CASBAH early and catch the whole show. See you there.
BB
Posted by bb at 07:45 No comments:

Merry Christmas from Birthday Boys!
Posted by bb at 07:56 No comments: